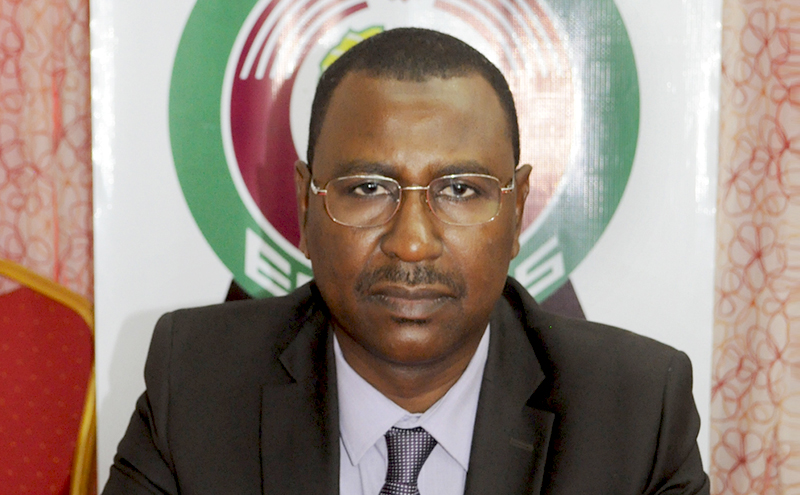 In January 2020, the Council of Ministers of Niger adopted a series of draft decrees aimed at strengthening the system for combating money laundering and the financing of terrorism.
These regulatory texts aim in particular to give CENTIF the legitimacy to conduct the national risk assessment, with a view to the second round of mutual assessments.

Finally, in May 2020, Niger will host the Plenary Meeting of the 33rd GIABA Technical Commission. Hit hard by terrorism, exposed to various forms of trafficking as a transit country, Niger has given itself the means to fight against these scourges.

OCWAR-M : Mr. President, where is Niger in the implementation of its legal and regulatory system to combat money laundering and the financing of terrorism ?

President of CENTIF :  Niger belongs to a Monetary Union whose member states have agreed to make AML / CFT one of the community challenges. From this point of view, the Council of Ministers of the West African Economic and Monetary Union (UEMOA), during its session held on July 2, 2015 in Bissau, adopted the revised Directive n ° 02/2015 / CM / UEMOA relative AML / CFT in Member States. The revision of the first texts adopted during the 2002-2003 and 2007-2008 periods aims to comply with the new FATF recommendations made in 2012, while taking into account the specificities of the member countries.

At the national level, since 2004, Niger has adopted normative and institutional frameworks to combat money laundering and the financing of terrorism, which have evolved considerably over time, thus reflecting the commitment of the public authorities to prevent and eradicate these scourges. Thus, Niger has transposed Community regulations into its legal order through Law No. 2016-33 on AML / CFT adopted by the National Assembly and promulgated on October 31, 2016. The Authorities also approved Decree No. 2017-097 / PRN / MF of February 17, 2017 on the administrative freezing of funds, property and other financial resources under the AML / CFT. In addition to the transposition of these community texts in force, Niger has supplemented its legal arsenal in the area of AML / CFT with several laws, ministerial decrees and orders.

All of these reforms have enabled Niger to put in place a robust AML / CFT legislative and regulatory framework that complies with international standards. Thus, this framework takes into account in particular :

Added to this is the establishment of several committees in the fields of cooperation and national coordination. In any event, Niger is resolutely committed to making its legislative, regulatory and institutional framework in the area of AML/CFT part of a dynamic of continuous improvement, through the implementation of reforms.

OCWAR-M : What are the main vulnerabilities of the country ?

President of CENTIF : Niger adopted its National ML/FT Risk Assessment Report by Decree No. 2019-401 / PRN of July 26, 2019. It emerges from this Report that the overall vulnerability score in terms of ML, after taking into account the vulnerabilities and the weights of the sectors studied, is 0.31 (31%) on a scale of 0 to 1. This level of vulnerability to money laundering at the national level is explained in particular by :

Based on the results obtained on ML / FT risk levels, the country has developed an action plan to control them. The implementation of this action plan, which has started to be implemented, should accelerate during this year 2020.

OCWAR-M : Does the role of CENTIF go beyond that of a financial intelligence unit ?

President of CENTIF : The creation of the CENTIF is part of the implementation of community regulations internalized by the 2004 law first and then included in the law n ° 2016-33 relating to AML / CFT of October 31, 2016, which sets out the missions and attributions of CENTIF as well as the composition and terms of entry into office of its members.

Article 59 of this law establishes the CENTIF as an independent Administrative Authority. Also, the Union has opted for the establishment of administrative-type financial intelligence units (FIUs). In the current state of Community and national regulations, the CENTIF cannot go beyond the missions assigned to this category of FIU.

However, since 2016, measures to strengthen the operational independence of CENTIF have been taken. In January 2020, regulatory texts considerably increased its intervention capacities and granted special protection to its members and staff in the performance of their missions. In this regard :

OCWAR-M : Are the regulated professions to the fight against money laundering aware of their obligations ?

President of CENTIF: Yes, they are fully aware of it. Indeed, several awareness-raising and training actions have been carried out by CENTIF, the supervisory authorities of these regulated professions as well as by technical and financial partners including GIABA, the World Bank, UNODC and INTERPOL. In addition, the involvement of all these regulated professions in the implementation of guidelines and their full participation in the works of the NRA conducted in the country, have strengthened the uptake conscience of these professionals.

OCWAR-M : Will hosting the next GIABA plenary continue to raise awareness among Nigeriens on these issues ?

President of CENTIF : Yes of course, the choice of my country to host the thirty-third plenary meeting of the Technical Commission and the twenty-second session of the GIABA Ministerial Committee was welcomed by the National Authorities. CENTIF will take this opportunity to continue raising awareness of all the actors involved, including civil society and the press, on the issues related to AML / CFT. Indeed, the Authorities could host a press conference following the opening ceremonies of these two important GIABA statutory meetings. The main conclusions of this press conference should be reported in all the languages of the country.

In addition, arrangements will be made to invite all categories of press (written press, audiovisual press and digital press) so that information is brought within all communities in order to ensure a real impact. In addition to these press conferences, the CENTIF should seize this opportunity to communicate to all populations, urban and rural, a communication on the main issues related to AML / CFT and the need for close collaboration with all social strata. 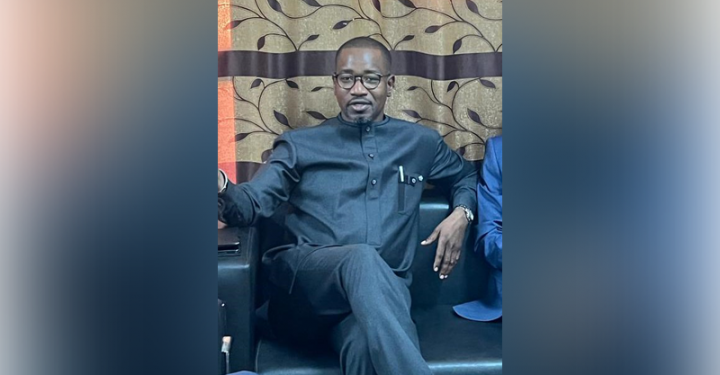 This month, Mr. Mor Ndiaye, Managing Director of the recently created National Criminal Assets Recovery Office (ONRAC) of Senegal, tells us more about this institution which has a key role to play in the Senegalese AML/CFT system. In July 2021, Senegal created a National Office for the Recovery of Criminal Assets (ONRAC), which you are managing: can you explain the role and missions of this... 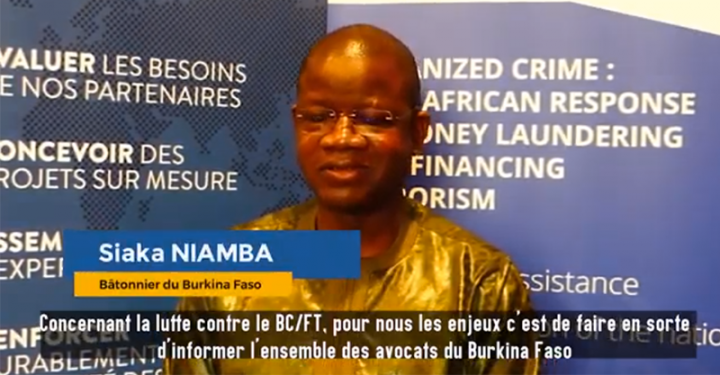 Watch the interview of Maître Siaka NIAMBA, President of the Burkina Faso Bar 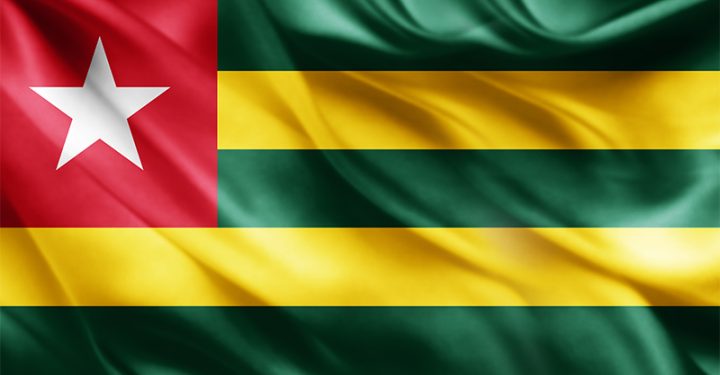 From 17 to 19 November in Lomé, about thirty representatives of decentralised financial systems (DFS) and their supervisory authorities attended a training session organised by the project. The training was held in the presence of the European Union Delegation in Togo, the French Embassy and the French Development Agency and aimed at increasing the knowledge of the DFSs subject to AML/-FT... 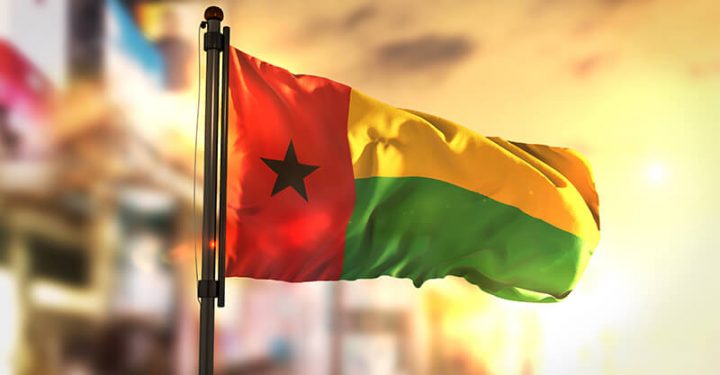 The Egmont Group is a “club” of 167 Financial Intelligence Units (FIUs). It provides a platform for the secure exchange of financial expertise and information to combat money laundering and terrorist financing (ML-FT). In the region covered by the OCWAR-M project, six FIUs are not yet members of the Egmont Group, including the FIU of Guinea Bissau. This country, like the other five... 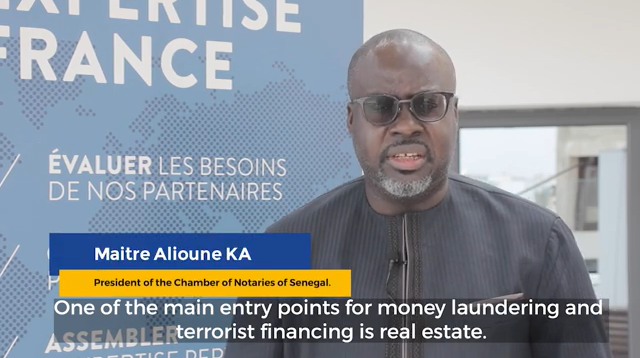 As part of the AML-CFT capacity building activity for the Senegalese notary profession, the OCWAR-M project and the Chamber of Notaries of Senegal organized a workshop on July 1, 2021 in Dakar. The aim of this workshop was to present the diagnosis on the AML-CFT compliance of the notary profession in Senegal and to validate the action plan resulting from this diagnosis. It was held in the...